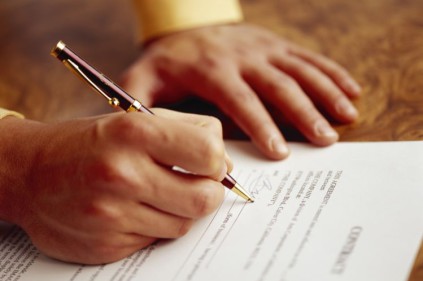 Contracts for free market rentals are governed by certain regulations in the Czech Republic. The tenant has rights concerning the flat’s condition, rental costs etc. This is not the case for subletting contracts.

In the free market, the parties may negotiate any period of contract. If no period is mentioned the contract is valid for an indefinite period. The contract must be in writing.

It may be cancelled by the tenant at any time by giving three months’ written notice, without stating a reason. The landlord can only cancel the contract for a serious reason. It is common to conclude free-market leases for rather short periods, usually for one year or two. If the tenant won’t leave the flat and the landlord does not intervene within 30 days, the contract is automatically extended for another year.

Insist on a written contract

It is advisable to insist on a written contract with the landlord. Sometimes private lessors refuse to draw up a contract. There is a measure of respect for a written contract even if in practice the enforcement is difficult on both sides. Remember, that if the landlord refuses to give you a written agreement, you should reconsider whether you want to deal with him at all.

Check that everything is mentioned in the contract

Keep in mind that everything of importance for the rental contract has to be stated explicitly. Monthly rents, utility costs as well as any damage to the flat, have to be stated. If the owner promises to install any equipment in the apartment within the contract, make sure it is actually there the day you want to sign the contract. Otherwise you will have to pay for the loss. You should also make sure that the furniture in the flat is mentioned in the contract; otherwise the landlord may remove it shortly after you moved in.

It is advisable to have the rental contract checked by the lawyer to make sure there are no hidden traps. It is not recommended to sign a contract without a legal opinion.

Comments to "The Czech rental contracts"