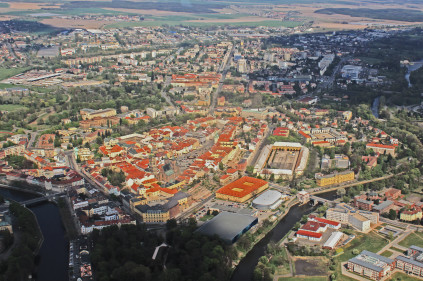 The Hradec Kralove region is situated in the northeast part of the Czech Republic on the border with Poland. A large part of the region’s landscape is covered by mountains and agricultural estates. The traditional branches of industry in the region include textiles, production of electrical and optical instruments, mechanical engineering and the manufacture of musical instruments. Among newly developing fields, software development and the production of computer technology and healthcare equipment dominate, while pharmaceuticals and the automotive industry are also strongly represented.

The city of Hradec Kralove is situated in the centre of a very fertile region called the Golden Road on the confluence of Elbe and Orlice rivers. It contains many buildings of historical and architectural interest such as the Cathedral of the Holy Spirit which was founded in 1303 by Elizabeth, and the church of St. John, built in 1710 which stands on the ruins of the old castle. In addition to the regional capital Hradec Kralove, important centers of industry include the cities of Jicin, Trutnov, Nachod, Rychnov nad Kneznou, Vrchlabi and Cerveny Kostelec.

The chateaux in Opocno and Castolovice, the zoological garden with safari in Dvur Kralove and mountainous areas such as the Krkonose and Orlicke ranges are popular tourist destinations. Each winter, the region’s highest mountains are visited by Czech and foreign skiers, whose needs are satisfied by ski centers that offer high quality services.