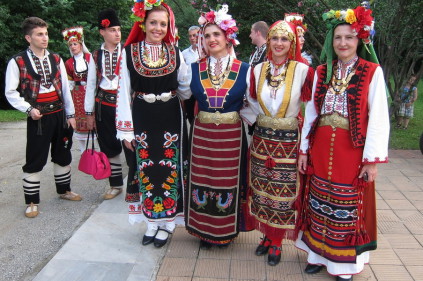 The formation of the Czech Republic

Following the First World War the closely related Czechs and Slovaks of the former Austro-Hungarian Empire merged to form Czechoslovakia. There were other ethnic minorities within the republic such as Sudeten Germans and the Ruthenians (Ukrainians).

Slavic tribes entered the Czech lands in the sixth century numbering about 500,000 in 650 AD. The population approached 1 million in about 1100 and 2 million in 1300. Despite a dip in the 1400s caused by the Black Death, the population exceeded 3 million by 1600. The Thirty-Years War was devastating in the Czech lands. By 1648 when the war ended, the population had shrunk by one-quarter. Pre-war numbers were not reached again until 1700. The 1700s and 1800s were periods of accelerating growth.

Many Czechs immigrated to other parts of Austria. At the eve of the Second World War in 1939, the population stood at only 10.9 million. The war drastically reduced this figure. The new Czechoslovak government soon expelled those Sudeten Germans who didn’t flee when the Russians liberated the Czech lands in 1945. Altogether, more than 2 million moved out. In 1950 the Czech population stood at only 8.8 million. The population peaked at 10.4 million in 1994. Since 1994, however, the population has been decreasing (10.3 million in 1998), and is expected to fall to around 10 million by 2020.