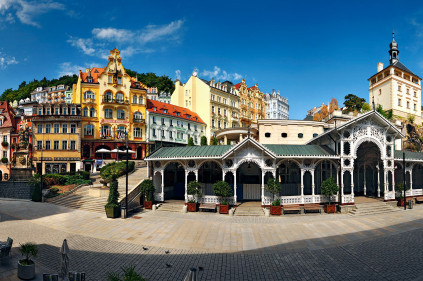 All sightseeing in city "Karlovy Vary"

The world famous spa town of Karlovy Vary, also known by its German name of Karlsbad (or Carlsbad in English), was founded in 1350 by the Czech King and Holy Roman Emperor Charles IV. The city lies along the Tepla River where it flows into the valley of the Ohre River. The surrounding highland areas were once subject to volcanic activity, which accounts for the thermal springs in the vicinity. Of more than a dozen active warm springs, the best known and the hottest is Vridlo which gushes a geyser of hot water (162 F, 72 C) to a height of 37 feet.

Possibly known to the Romans, the spa was discovered and developed in about 1358 by Holy Roman Emperor Charles IV. The alkaline sulfur springs, valued for treating digestive disorders and liver diseases, were patronized by many medieval rulers, princes and noblemen. 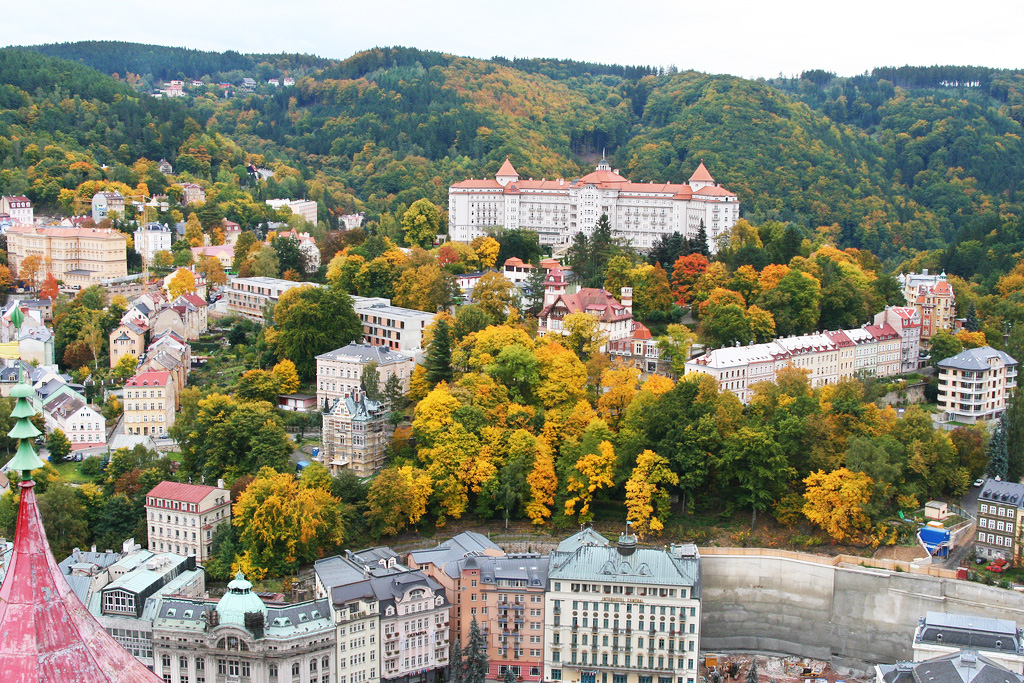 Frequent guests of the spa included the composers Ludwig van Beethoven, Frederic Chopin, Johannes Brahms, and Bedrich Smetana; the poets Johann Wolfgang von Goethe and Friedrich Schiller as well as the Tsar Peter I the Great. The spa’s great popularity dates primarily from the 19th century, when the main baths, colonnades, hotels, and sanatoria were built. Before World War I it was a gathering place for Europe’s wealthy invalids. The focal point of the modern spa is a colonnade that is the work of Josef Zitek, the Prague architect.

There are dozens of wonderful spa buildings, villas and complexes where you can stay and which offer top class services and traditional treatments as well as first-rate modern wellness procedures.

Industrial development associated with the expansion of coal mining nearby has resulted an air pollution that endangers the spa. Nowadays Karlovy Vary’s industries include the manufacture of porcelain and glassware, textiles and gloves as well as the production of mineral salts.