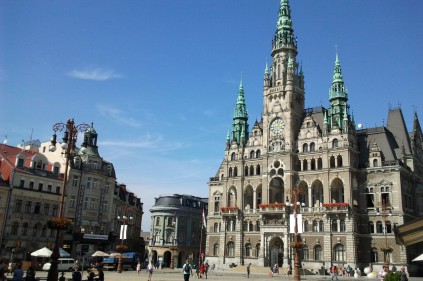 All sightseeing in city "Liberec"

Liberec is located in the North Bohemian region of the Czech Republic in a natural basin between the Jizera Mountains and Jested-Kozakov Ridge. The latter is well known for the unique hotel and television transmitter Jested which has become a symbol of the city and the entire Liberec region. The city’s perfect position means that Liberec is a great starting point for many trips. It is not surprising that it is called a city of sport.

This is cultural, industry and sport centre. Town is situated in the fold of Jizerske mountains and Jested`s peak. The first village here is dated the year 1352. The development of the town started in the 16th century, when Liberec became to be the administrative centre of Liberec`s domination. The city is also well known for its textile industry.

Liberec is important centre of summer and winter sports. The slopes of Jested`s peak offers ski slopes, ski jumpers centre, in the centre of the town is swimming pool and other sport`s resort.

Textile, plastic, glass, and machinery industries employ a large number of the local inhabitants of Liberec region. As a steadily developing location of the Czech Republic, Liberec is both economically and culturally enriched. Jablonec nad Nisou and Turnov are the two main locations of the city.

There is a number of educational institutions in Liberec that offer quality learning skills. The technical university located in the here imparts advanced level education to all the future aspirants. The chateaux, galleries, castles, theaters and cinemas of Liberec represent a wide array of culturally rich events to the tourists and the local people.