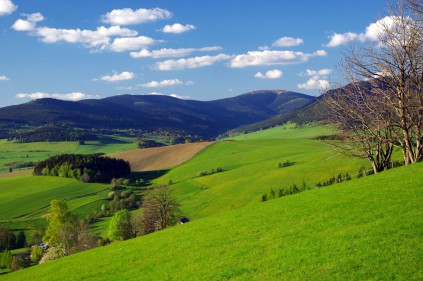 All sightseeing in region "Pardubice region"

The region is a place of not only industrial concentration but also commercial and public activities. General engineering is the region’s dominant industry but also textile, clothing and leather industries are as well important. The prosperity of the Pardubice region is considerably enhanced by its excellent transport accessibility. Railway and road system as well as water and air transports are available.

The only university of the area is the University of Pardubice which provides education in five faculties: chemical technology, economics and administration, transportation, restoration and arts and humanities. The university in cooperation with the Pardubice regional authorities, created TechnoPark Pardubice oriented toward the automotive industry, chemistry, electronics and information technologies.

The Pardubice region’s landscape is diverse and picturesque. The most beautiful locations of the area include Toulovcovy and Mestske Mastale where you will find intricate systems of rock fissures and caverns. There is also the Zemska brana nature preserve located on the Polish border and amazing spa town of Lazne Bohdanec with its magnificent fish ponds and reeds.

The Pardubice region is well known for horse breeding in one of the world’s oldest horse farms in Kladruby nad Labem whose history dates back to the first half of the 16th century. With a tradition spanning over 100 years, the Great Pardubice Steeplechase is the oldest and most demanding race.

While visiting the region you will find numerous monuments and historical landmarks such as castles, churches, chateaus and many different architectural wonders.