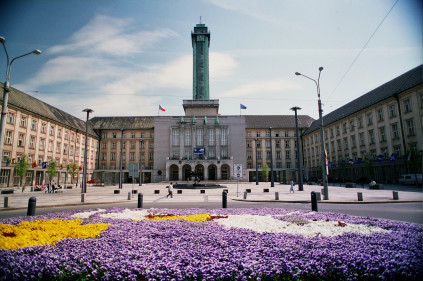 All sightseeing in city "Ostrava"

Ostrava is the capital of the Moravian-Silesian region of the Czech Republic which is located in the north-east of the country. It is located close to the Slovak and Polish borders on the banks of Ostravice River and offers beautiful views of the Beskydy Mountains.Ostrava is the third largest city in the Czech Republic and the administrative center of the Moravian-Silesian Region with a population of about 320 000 inhabitants. It is located at the junction of the Ostravice and Oder rivers.

The history and growth of the city were largely affected by exploitation and further usage of the high quality black coal deposits discovered in the locality, giving the town a look of an industrial city and a nickname of the “steel heart of the republic” during the communist era of Czechoslovakia. Many of the heavy industry companies are being closed down or transformed nowadays.

Ostrava has been an important crossroads of prehistoric trading routes, namely the Amber Road. Archaeological finds have proved that the area around Ostrava has been permanently inhabited 25,000 years ago. The town itself was founded in 1267. Until late 18th century, Ostrava was a small provincial town with a population around one thousand inhabitants engaged in handicraft.

While Ostrava is usually not in the top ten lists of tourist attractions of the Czech Republic, there are lots of interesting places to see and things to do here. To the north of the city center there is the Museum of mining (Hornicke Muzeum) presenting a unique collection of the coal mining machinery and equipment, a reconstruction of the mammoth hunters’ settlement.

The local climate is temperate with warm summers and cold, cloudy, humid winters. Due to the easterly position of the city the continental climate influences are slightly more prominent compared to the rest of the country. The yearly average of temperature is 8.6°C (January: -2.4°, July: 17.8°), the yearly rainfall is around 600mm.