Home\Articles\Hitchhiking in the Czech Republic

Hitchhiking in the Czech Republic 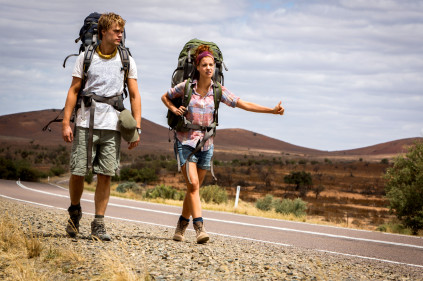 In most cases hitchhiking in the Czech Republic is quite easy. This is a transit country with dense traffic on its main roads.

Along with the local drivers you can find many different drivers (especially truck drivers) in the Czech Republic from nearby countries. Older drivers usually speak only Czech, sometimes some Russian and more seldom German. Younger drivers usually have at least a basic level of English.

Hitchhiking on motorways is forbidden

Hitchhiking directly on motorways and expressways is not allowed. Pedestrians are not permitted to walk on these roads for safety reasons. Thus hitchhiking typically involves standing on onramps or at petrol stations on the motorway. While it is not suggested that one hitchhike on highways, actual confrontations with police are rare, and in the unlikely event that a police car does stop, it is best to be polite and feign ignorance of the rules, and they will usually not give you a fine. 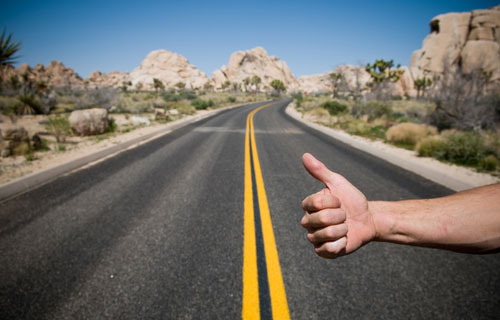 When hitchhiking on regional roads make sure you are at a spot that is perfectly visible to the drivers – in summertime there are many speeding motorcycle drivers.

Whereas most European countries use letters for cities or regions on license plates in a way that makes immediate sense, Czechs don’t. They say they do, but they don’t. The license plate letter for Prague is ‘A’, sometimes ‘S’, and sometimes ‘A’ or ‘S’ followed by another letter which is very confusing.

The highways are simply named the ‘1’, the ‘2’, the ‘5’, ‘8’, and ‘11’ — and all roads lead to Prague or away from it (depending on where you’re going). Czech Republic and all neighboring countries are Schengen members, so there are no regular border controls any more, though German police often check the documents and backpacks of hitchhikers near the Czech border. Some border crossings remain good places to get an onward lift.

Comments to "Hitchhiking in the Czech Republic"