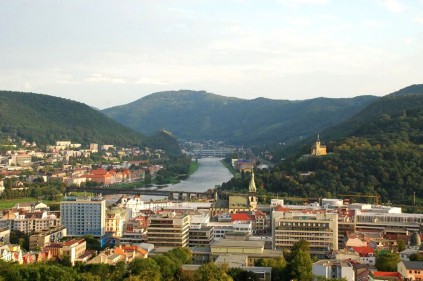 Usti nad Labem is situated in North Bohemia region of the Czech Republic. This is the 7-th most populated city of the country and is the capital of its eponymous region and district with a population of around 97 000 inhabitants. Being one of the most visited tourist centers among the cities of the Czech Republic, the city of Usti nad Labem is a significant railway junction of the country and a very busy river port.

The city is located in a mountainous area at the confluence of the Labe and Billina rivers. Usti nad Labem used to be an important trade center. It was built by King Ottokar II of Bohemia during the thirteenth century. The city has always excelled in craftsmanship and merchandising. Nowadays the city is a proud industrial center with manufacturing plants, chemical factories, metallurgy manufacturing industry, nutriment and textiles plants. 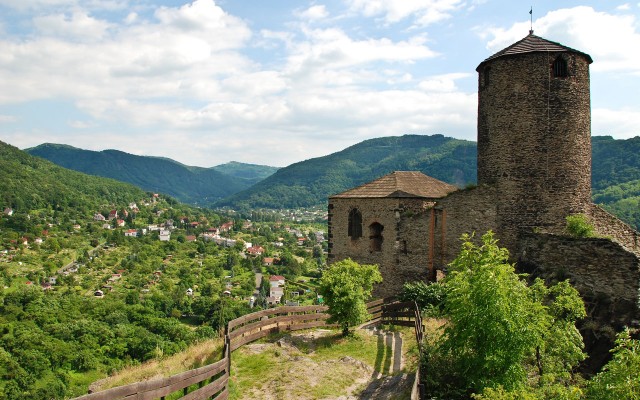 The name of Usti nad Labem is formed from the old Czech ustie (means river mouth) and Labe (means River Elbe). So, it is literally means ‘Mouth-upon-the-Elbe’ in reference to its location at the confluence of two rivers.

The city is connected to the international highway and first class highways. Some sections of the highway are already in operation with the completion of the entire highway in Czech territory currently planned for 2016. There is also a network of mass transportation that includes bus and trolley bus lines.

Usti nad Labem is surrounded by picturesque hills which are full of paths and hiking trails that are suitable for hiking and cycling. The city offers a lot of outdoor activities such as skiing, rock-climbing and many others. Waters of Labe are attractive to do yachting, rowing or water-skiing.