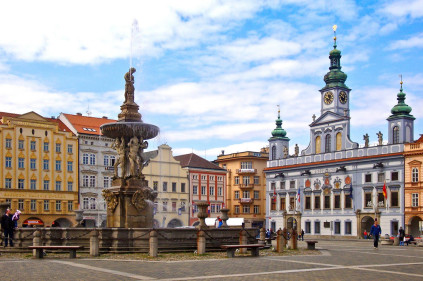 All sightseeing in city "Ceske Budejovice"

Ceske Budejovice is the largest city located in the South Bohemian region of the Czech Republic with a population of around 100 000 inhabitants. This is the political and commercial capital of the region.

Ceske Budejovice was founded in the mid-13th century as a royal city. Due to its strategic position straddling the ancient salt trading route between Prague and Linz, the city grew gradually richer and richer and developed into an important settlement. Located in the middle of the Vltava River, the city presents many amazing tourism sites including castles, towers and squares.

Also known as Budweis (from German) the city is well known for its magnificent buildings built during the European Renaissance. Ceske Budejovice preserves amazing Medieval and Baroque architecture around the large town square including the old town hall with murals and bronze gargoyles and famous town tower Cerna Vez (Black Tower). 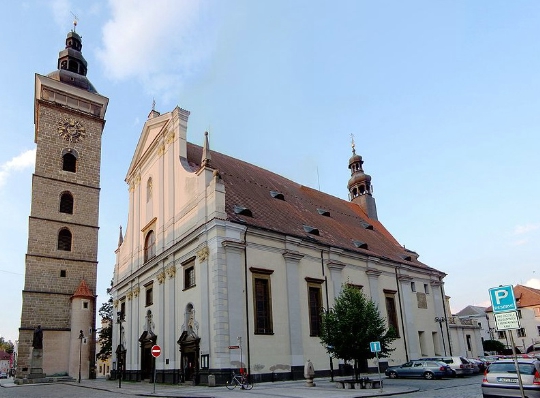 The south Bohemian city of Ceske Budejovice has been a center of brewing since the 13th century. Budweiser beer remains one of the most popular in the country. The town’s original brewery supplied the Holy Roman Emperor back in the 13th century. Famous beer has been produced using an original recipe for seven centuries. You can visit the brewery’s visitor center where you can learn everything about South Bohemia’s beer. The city’s German name is Budweis which forms part of the name of the American beer which has nothing at all to do with Ceske Budejovice’s famous brew. You can taste draught Budvar lager at the legendary Masne kramy, founded by King Charles IV.

The city’s main square named after King Premysl Otakar II is one of the largest squares in Europe. Here, you will find an exquisite Baroque arcaded houses and the beautiful Samson Fountain in the middle.