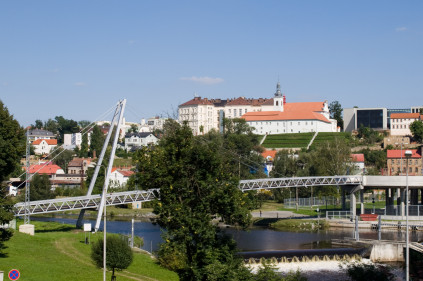 All sightseeing in region "Central Bohemia"

The Central Bohemia region of the Czech Republic surrounds the capital of Prague. It is a metropolitan background for the capital, with high rates of immigration and population growth. The region’s biggest town is Kladno followed by Mlada Boleslav, Pribram, Kolin and Kutna Hora.

Central Bohemia has a diverse economy with an industrial-agricultural character. The branches that have most influenced the the region are coal mining in the Kladno area and the production of cereals, fruits and flowers. The most prominent branch is represented by the automotive industry, bringing great profit not only to the region but the entire country, followed by metallurgy, engineering, chemicals and power engineering, involving hydro-electric generators on the Vltava River.

The region’s economic development is dynamic, making it one of the most prosperous regions in the Czech Republic. Local economic conditions have attracted renowned foreign companies oriented toward the automotive industry, electrical engineering and warehousing. The region has prepared industrial zones for new investors and is developing science and technology parks with business incubators.

Central Bohemia, with its rich sporting and cultural heritage, offers a broad range of leisure activities. Hiking and cycling routes lead through picturesque valleys, cross-country skiing tracks climb up to the ridges of the Brdy Hills, and golf courses are in plentiful supply. In any of the region’s mid-sized town one can find a swimming pool, sport centers, cinemas and theatres.

Kladno has a museum of mining and hosts hockey matches; Melnik is specialized in rowing and equestrianism; and Mlada Boleslav hosts horse racing. However, the most visited locations are Kutna Hora, whose historical centre is a UNESCO World Heritage site, the spa town of Podebrady and the famous Karlstejn Castle and Koneprusy Caves.