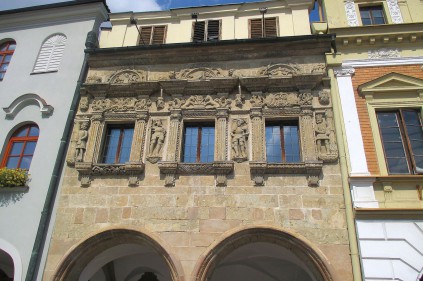 The Knights’ Hall (The Dum U Rytiru in Czech) is one of the most beautiful buildings in Litomyšl and one of the jewels of Renaissance architecture in the Czech Republic. After the fire in 1540 the stonemason Blazek constructed and decorated the building by changing its original appearance and adding a renaissance gable which was replaced by an Empire style.

The building has a stone facade and is embellished by decorative and figurative décor. Knights’ Hall received the name due to the images of the two guards standing either side of the central window. It also gained its fame from the tale by Alois Jirasek which called “At the Knights’ House”. The knights apart, there are other figures decorating the facade – a student, a merchant, a mermaid, a lion and a unicorn.

There is a well-preserved Renaissance ceiling as well as the relief stone pillars inside the building. Since the reconstruction in 1977 the Knights’ Hall has been used as an exhibition hall. Nowadays the Litomyšl Museum and gallery organizes short term art exhibitions in the building. 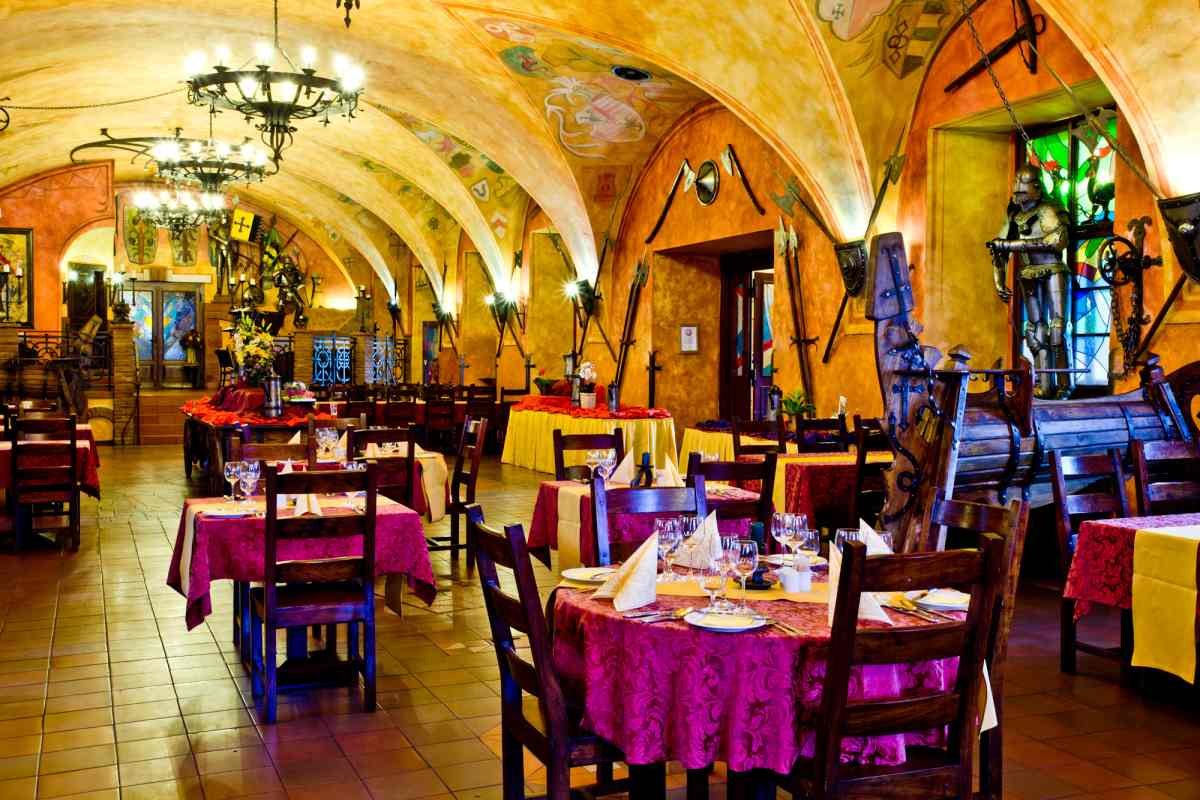 The Knights’ Hall is a large medieval style banqueting hall located not far from Charles Bridge in the amazing Lesser Town (Mala Strana in Czech) area of Prague. This venue is the best of its kind in Prague and specializes in banquets and entertainment evenings for large groups of both leisure and corporate guests.

High vaulted ceilings of the Hall are giving you the feeling of a medieval atmosphere as well as a fine collection of historical weapons adorning the walls and period music.

You will be able to try some of the best dishes of Czech and International cuisines with extensive selection on offer. The wine list of the Knights’ Hall specializes in excellent quality Czech wines.