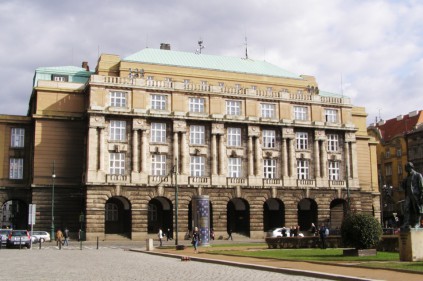 The largest university of Central and Eastern Europe

Located in Prague, Charles University is the largest and the oldest university in all of Central and Eastern Europe. Founded in 1348 and sanctioned by Charles I. Though for some time the University was run by religious sects and declined in its independence and standing, by the middle of the 19th century Protestants and Jews were admitted, and German became a major language of teaching, eventually splitting the University into Czech and German sections.

As with all of Central Europe’s universities, Charles underwent major changes as a result of the Second World War. With the German occupation of Czechoslovakia, the Czech section was closed in 1939, and many of its faculty and student leaders were killed in concentration camps. With the advent of democracy in 1990, Charles University soon evolved into the highly respected Western academic institution it is today.

Presently, the University is comprised of 17 faculties: 3 Theological Faculties (Catholic, Evangelical, and Hussite), Faculty of Law, 3 Faculties of Medicine, and Faculties of Pharmacy (in Hradec Kralove), Arts, Science, Mathematics and Physics, Education, Social Sciences, Physical Education and Sport, and Humanities. It has graduated some of the most famous Czech leaders and thinkers throughout history, including Max Brod (writer and close friend of Kafka), writers Bohumil Hrabal and Milan Kundera, and physicist Nikola Tesla, among many others. In fact, even Albert Einstein himself taught at the German section of the University before the War.

Being the multicultural institution that it has been throughout the ages Charles University is very open to international students. The University offers preparatory courses, degree studies, and non-degree and summer study abroad programmes (through Erasmus and Socrates exchange networks) in English.