Brno – the city of universities 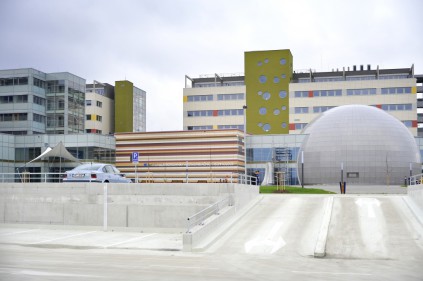 Brno lies in the centre of the European continent, and is the second largest city in the Czech Republic. It symbolically represents the heart of the province of Moravia, one of the historic lands of the country. The city is located at the crossroads of ancient trade routes which have joined the North and South European civilizations for centuries.

To the north of Brno there is the protected area of the Moravian Karst (Moravský kras) and to the south stretch the Moravian vineyards with their typical wine cellars. The city is surrounded by beautiful mixed forests, which offer many opportunities for tourism and cycling. Brno prides itself on many notable historic sites that show evidence of its rich cultural history. The most important example of modern architecture in Brno is The Tugendhat Villa – a historic site inscribed on the UNESCO’s World Cultural Heritage List.

The city of universities

Today Brno is a seat of universities and important judiciary institutions. Brno, with its universities – Brno International Business School, Brno University of Technology, High School of Karel Englis in Brno, Janacek Academy of Performing Arts in Brno, Masaryk University Brno, Mendel University of Agriculture and Forestry Brno, Newton College, STING Academy, University of Defence, University Of Veterinary and Pharmaceutical Sciences Brno, is a typical student city. Students form ten percent of all Brno residents and thus markedly influence its prestige and atmosphere. That is why Brno is usually called a city of universities.

It offers many possibilities of cultural enjoyment in its numerous theatres, museums, cinemas and clubs. The Brno Exhibition Centre with its eighty-year tradition is a venue of many international trade fairs, exhibitions and congresses, and as such plays a significant role in the social and economic life of the whole city.

Comments to "Brno – the city of universities"