Coat of arms of the Czech Republic 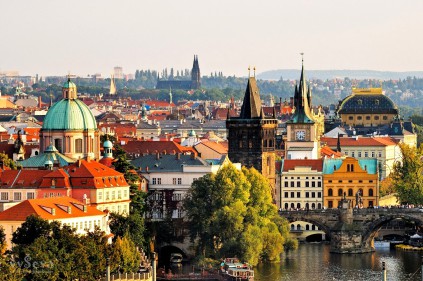 It consists of a shield divided into 4 squares. The top left and bottom right squares are red, with a 2-tailed, white, crowned lion. The lion is the symbol of Bohemia and signifies power and sovereignty. The top right square is blue and contains a red-and-white checkered, crowned eagle. This is the Moravian eagle, adapted from the Saint Wenceslas eagle of the Holy Roman Empire. The bottom left square is gold and contains a black, crowned eagle, which symbolizes the Silezian region of the country. Today, the Czech lion by itself is also used as a symbol of the Czech Republic. 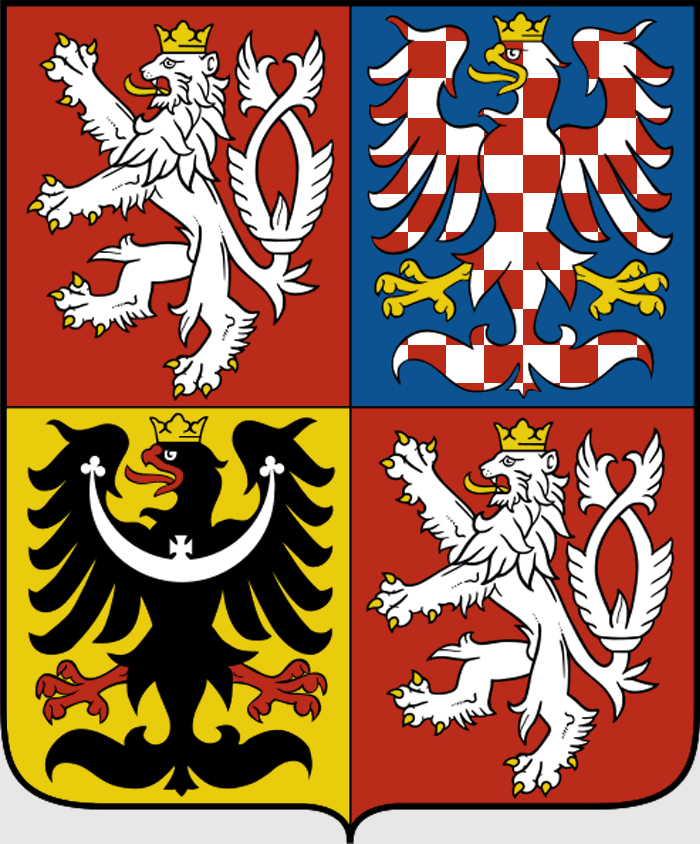 The small national coat of arms is formed by a shield displaying only the silver double-tailed lion rampart crowned and armed. Here the lion is considered a symbol of the entire territory of the Czech Republic. This coat of arms was used already by the Premyslides in 13th century. Since 1918 it has been a state symbol. Nowadays it is used where the state authority rules, for example on stamps and seals in state administration offices.

There is also the flag of the President of the Republic. It is white with alternating white, red and blue flames running along the perimeter. In the middle of the flag there is the large national coat of arms with a motto reading: ‘The Truth Prevails’.

Comments to "Coat of arms of the Czech Republic"