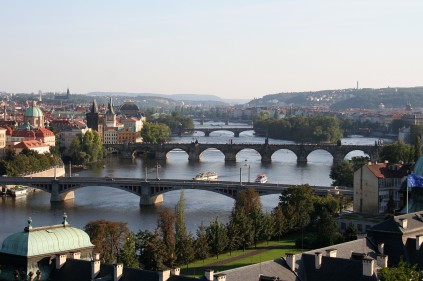 The Vltava River is the most famous river in the Czech Republic. It is 433km long which makes it the longest river in the country.

The river’s spring is situated in Sumava in Southern Bohemia, the Vltava then runs through Cesky Krumlov, Ceske Budejovice, through Prague and it merges with the Laber River at the town of Melnik.

There are 8 dams on the river and the first ones were built in the 1930s. The largest one is the Lipno Dam though most water is being held in the Orlik Dam. The main reason why the chain of dams was built was production of electricity, naturally other advantages were protection against flooding, stabilizing the river so the water could be used for industry, creating several holiday resorts and others. The Old Town and the New Town are on the side of the Vltava River. On the other bank lies the Lesser Town and the magnificent Prague Castle. 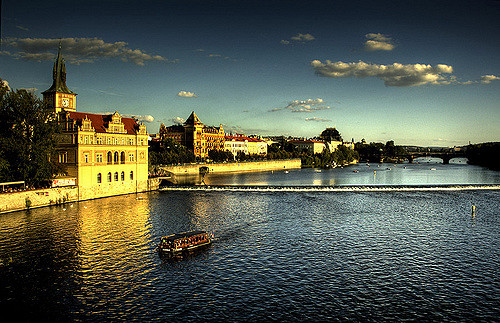 There are 107 bridges over the Vltava River and 17 of them are located in Prague. By far the most famous and beautiful of them is Charles Bridge which is a 14th century stone structure linking the two sides of the city. From Charles Bridge the panoramic view over the river and of the historic buildings running along its banks makes it a focal point for visitors.

The flow of the river can be strong in certain parts, so as well as transporting people and goods the water was also used to power mills and industry. And to tame the river and make it easier to navigate, eight dams. A large canal and weirs were constructed.

Vltava River is also part of the set of six symphonic poems called My Country composed by Bedrich Smetana. Right by the river and near Charles Bridge you will also find Bedrich Smetana’s Museum.

Comments to "The Vltava River"