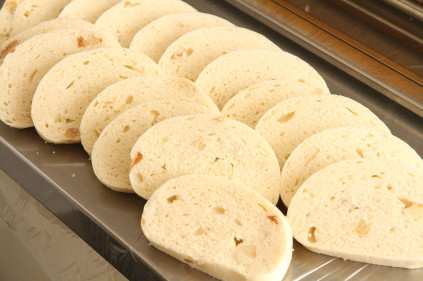 Dumplings are an ancient food which is known to cooks in many cultures and cuisines. The ingredients such as grain, meat, vegetable and fruit as well as serving customs (in soup, as dessert) and cooking methods (steamed, fried or boiled) vary according to cultural taste. Dumpling is a term of uncertain origin which first appeared in print at the beginning of the 17th century.

A dumpling is a food of such simplicity that it may be supposed to have evolved independently in the peasant cuisines of various parts of Europe and probably in other parts of the world too. 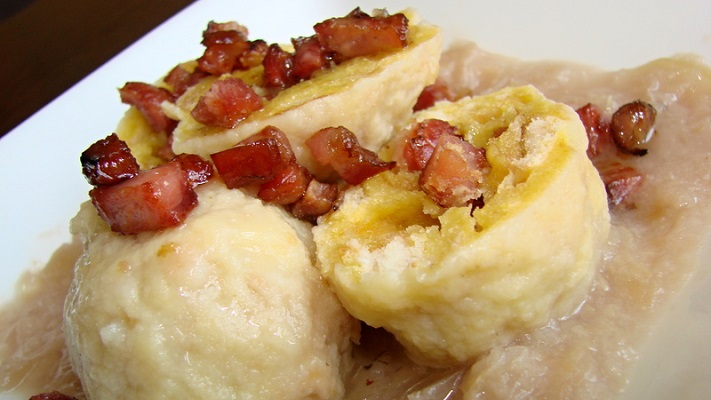 Dumplings, added to the soup or stew, are still, as they were centuries ago, a simple and economical way of extending such dishes. The dough for most dumplings has always been based either on cereal, whichever was the staple in a given region (oats, wheat, maize, etc.), or on one of vegetables from which bread dough can be made (potato, pulses, etc.). Despite its simplicity, the dumpling has evolved in the course of time into something more complex.

Czech dumplings were boiled and served to extend small amounts of meat. Originally made by shaping small portions from a batch of bread dough before specific mixtures were developed using flour, cereals, pulses, stale bread, potatoes or cheese, sometimes with a raising agent added or enriched with fat in the form of suet, were developed. Local ingredients and method are used across Europe to make a variety of large or small dumplings, plain or flavored with herbs, vegetables, spices or other ingredients.

Dumplings are closely related to pasta. Italian gnocchi are good examples of small dumplings usually grouped with pasta and the spatzle of German and Austria, made from batter simmered until set in finger noodles, also hover between the two descriptions. Polish plain or filled dumplings are also very similar to gnocchi or filled pasta.