Tips on exchanging money in the Czech Republic 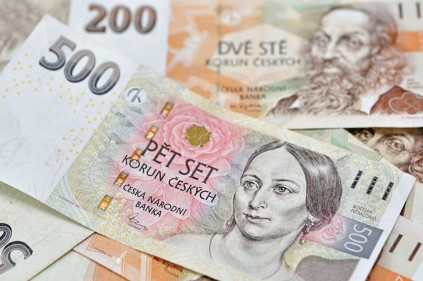 Changing money is not a problem in the Czech Republic.

If you’re arriving at Prague Airport, skip the currency-exchange booths in the arrivals hall and instead use the ATMs that are lined up just as you enter the main airport hall from customs clearance. Banks and ATM machines generally offer the best rates and lowest commissions. Local ATMs work with a four-digit PIN. Before leaving home make sure that you have a four-digit PIN and let your bank or credit card company know that you will be abroad so they don’t protectively block your account once they see a few foreign transactions come through.

Resist the temptation to use one of the private currency-exchange offices that line Vaclavske namesti and other areas with heavy tourist concentrations. These places seldom pay the rates they advertise on the outside and the commissions (and hidden commissions) can be prohibitive, especially on relatively small amounts of money. If you must use one of these private currency exchanges, before surrendering your bills, show them to the teller through the window and then ask him or her to write down the amount in Czech crowns that you will receive. Once you’ve handed over the money, it’s too late.

Komercni banka in the Czech Republic has three convenient Prague locations with ATMs that accept Visa, MasterCard, and American Express. The exchange offices are open Monday to Friday from 8am to 5pm, but the ATMs are accessible 24 hours.

Credit and debit cards are increasingly common and many shops, restaurants and hotels accept them. Stores may impose a minimum purchase amount for using a card. Traveler’s checks, on the other hand, have become much less common in recent years and much harder to use. As a rule, only large banks will cash traveler’s checks and hotels and restaurants are not likely to accept them.

Comments to "Tips on exchanging money in the Czech Republic"