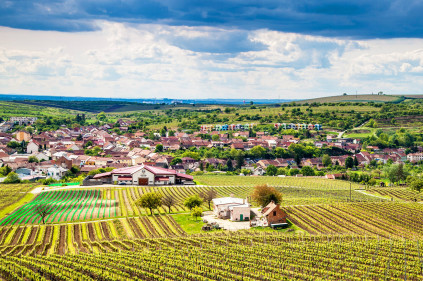 All sightseeing in region "South Moravia"

South Moravia is a region located in the southeast of the Czech Republic. The traditional administration center of the region is Brno which is the second largest city in the country.

Food industry, mechanical engineering, production of electrical and optical equipment and medical technologies are among the traditional and most important industries in South Moravia.

Capital of the region

Brno, the capital of the region is the industrial, business and administrative center of the area as well as the seat of universities and judicial bodies. The city is also a center of trade-fair and conference tourism with around 50 international trade fairs and exhibitions held here. Due to its favorable location and proximity to other European metropolises such as Vienna, Budapest and Bratislava, Brno is also a starting point for numerous travel programs including popular wine-tours. The city and its surroundings offer a rich variety of cultural opportunities. There are lots of amazing theatres, museums and galleries in Brno which are worth to be visited.

In the region you will find numerous historical landmarks such as the gothic Spilberk Castle, Petrov Cathedral, Boskovice Castle and many others. Among modern functionalist buildings you should definitely visit famous Tugendat Villa which is a UNESCO World Heritage site designed by the German architect Ludwig Mies van der Rohe. Another famous tourist destination points worth of attention include the Slavkov battlefield, Moravsky kras, the Punkva underground stream and the riparian landscape with Europe’s largest riparian forest located in southernmost part of Moravia in the area of the confluence of the Dyje and Moravia rivers. There is also the Lednicko-valticky complex and Palava biosphere preserve in the region which are listed as UNESCO sites.

Moravia region has a long tradition of wine-making. Each year wine enthusiasts are visiting the area attracted by the offer of wine-tourism programs and by the Wine Festival held in the region as well.

Location: Southeast of the Czech Republic