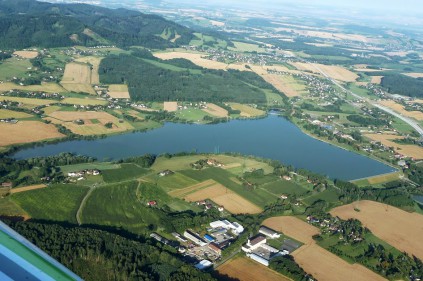 All sightseeing in region "Moravia-Silesia"

The Moravia-Silesia region is situated in the north-east part of the Czech Republic. It has always been one of the most important regions of the country. In the Middle Ages, the famous Amber Trail traversed the region and in the 10th century Moravia-Silesia became an economic center of the Austro-Hungarian Empire. The center of the region is the city of Ostrava which is the third most populous city of the Czech Republic.

Transport connections to neighboring regions are ensured primarily by the Ostrava-Mosnov international airport which is undergoing dynamic development and growth in the number of regularly scheduled and charter routes. The region is traversed by a modernized railway linking Prague, Olomouc and Ostrava.

Moravia-Silesia region is known for its rich industrial heritage. For two centuries industries related to the discovery and mining of high-quality black coal were dominant. Steel, chemical and mechanical engineering industries in the region place great demand on energy resources. The one-dimensional economic structure of the region brought about a high rate of unemployment and social problems.

Nowadays the region offers an abundance of educated people and high-quality universities such as University of Ostrava, Business School Ostrava and Silesian University.

Science, research, high technology and innovation have a growing impact on the region’s economy. This can be seen in the Ostrava Science and Technology Park, which operates in close cooperation with the Technical University in Ostrava.

Moravia-Silesia region offers lots of points of interest, amazing protected landscape areas and monuments to technology that cannot be found anywhere else. The culture of the region is greatly influenced by Slovakia and Poland. There is also a rich background for sporting and cultural activities.

Beskidy and Jeseniky mountains are famous tourist destinations in the region. There you can find the Mionsi nature preserve, the region’s highest mountain, Lysa Hora (1323 meters above sea level) and the Bila and Pustevny ski centers.