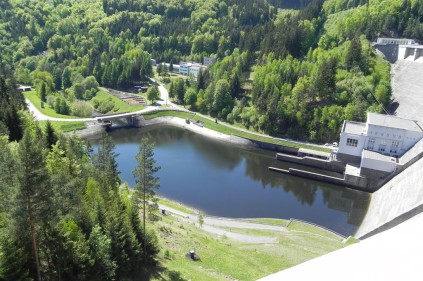 All sightseeing in region "Vysocina region"

Consisting only of four towns, the Vysocina region is located in the south-central part of the Czech Republic. The largest city of the region and its administrative center is Jihlava. Founded by King Wenceslas I in 1237-39 the area took the position among the Kingdom’s most important cities. Jihlava soon became breeding ground for new forms of businesses, new mining technology and the new Mining Rules.

In the 10th century Jihlava was one of Middle Europe’s most beautiful towns due to the Renaissance architecture and humanistic culture. But the thirty-year war destroyed many important buildings and structures. Nowadays the beauty of the city can be seen in the interiors of the 213 houses that were included in the Architectural Reserve. Surviving parts of the wall system with God’s Mother’s Gate also testify to Jihlava’s old power as fortress.

Along with the religious architecture, bourgeois houses were constructed. In cellars and basements of many buildings in the center, the remains of Early Gothic structures can be found. After an earthquake and floods in 1328, mining of silver was decreased and merchandising and trade became predominant – first in malting and brewing, later in draperies.

The defining features of Vysocina’s economy are low industrialization and a considerably large representation of agricultural production. Agriculture is oriented toward livestock production. The economy of the region also has a strong tradition of industrial production, particularly wood-processing and the furniture industry.

Vysocina region offers lots of forests, lakes and windy meadows making it an ideal place for different activities. There are lots of sport facilities including a dense network of hiking and cycle touring routes, water parks, climbing walls and tennis courts.

During the Thirty Years War, almost all of Jihlava was destroyed, but the boom in the trades assured its return to affluence. In 1846 Jihlava was still the third-largest city – following Prague and Brno – in the Czech lands.  In 1951 the historical center of the city was proclaimed a historical monument. Today it is composed of 582 buildings, of which 214 are cultural monuments.