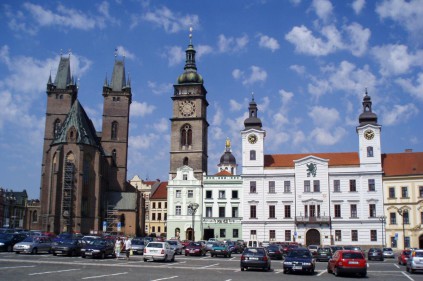 All sightseeing in city "Hradec Kralove"

Nowadays Hradec Kralove is a city that has lots of historical monuments as well as modern and unique architecture. The city has an old charm but at the same time it has adopted itself with the modern world with ease. Located among beautiful landscapes, the city has emerged as one of the most famous tourist attractions of the region.

When visiting Hradec Kralove, make sure to visit the Gallery of Modern Art where you will find collections of Czech modern art of the 20th century which are worth to be seen. It is also a good idea to visit the Art Nouveau building housing the Museum of East Bohemia the entrance to which is guarded by two statues of Sphinxes.

The significance of the city lies also in the field of spiritual life, science and intelligence. The roots of intelligence date back to high Middle Ages, the tradition of medical studies, church and pedagogic education, and many other significant branches is peculiar to the city as well. Aldis congress center and New Adalbertinum center play hosts to international symposiums and exhibitions. The interests of all generations will certainly be accommodated by a large number of sport facilities, fitness centers, boutiques and stylish pubs not to mention very well developed hotel infrastructure. Hradec Kralove also offers you a Giant fish tank and the Municipal aquatic center with artificial tide.