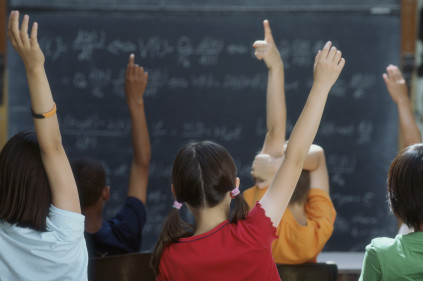 Compulsory school attendance was introduced in the Czech Republic in 1774. Since then a fairly complex education system of nursery, primary and secondary schools has been established.

Academic year in the Czech Republic

The Czech academic year starts in September and finishes at the end of June. There is an extended summer break of just over two months lasting 62 days typically. The Czech grading system used in primary and secondary education has five levels.

Children between the ages of three and six can attend nursery schools. Because pre-schooling is not compulsory in Czech Republic, provision is private and costs can vary. The Czech government’s guidelines state that fees should not exceed 50% of actual monthly non-investment expenses.

Compulsory education starts at the age of six. It is usually provided by elementary schools divided into two parts, primary and secondary school together lasting nine years. After grade five students at 11 years old, can decide whether they want to complete their education or go on to secondary education in vocational or academic skills.

Students who decide to move on to upper secondary education can choose between gymnasium, technical school, conservatory, special schools or vocational school.

Foreign students do generally get compulsory education at primary and secondary schools free of charge. However for that purpose, non-EU residents should have a Czech residency permit. If the student has already completed his primary school in his home country a certificate of attestation equality, issued by the home school, has to be provided. Only then will admission to a secondary school be guaranteed.

Classes in the Czech Republic are generally taught in Czech, although there are a number of international schools taught in English or other foreign languages.