Ladronka is located between Brevnov and Motol and is an ideal place for you in Prague if you want to catch spectacular views of the city and at the same time go for sports. It is situated on the hill in the smart residential district of Brevnov. This is one of the largest and the busiest parks in the city. Ladronka was opened to public in 2005, offering a number of restaurants, cycling and skating trails and sports equipment rentals.

There is the nearly two-kilometer skating circuit on a slightly dissected plain in the Ladronka which starts over Strahov Stadium and ends near Hvezda Reserve. The skating circuit is 4229.5 meters long which is a tenth of a marathon and it can also be used for bike riding and cross-country skiing. In addition to being an ideal location to in-line skating, the place also offers spectacular views of Motol and the Prokop Valley. There is also an artificial lighting along the track which makes it possible to use it during evenings and night.

Ladronka is an old homestead, several hundred of which used to be located around Prague. 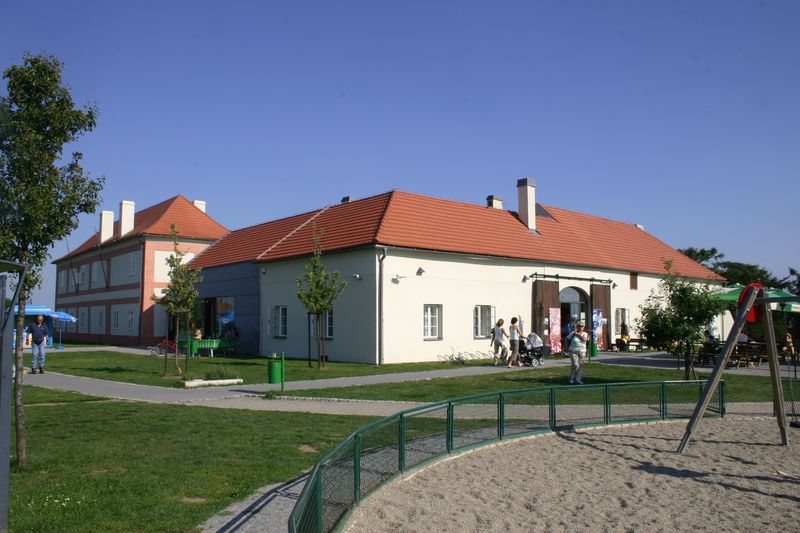 They recall the former suburban settlements and today often only their names have been preserved. Until the 19th century on the place of Ladronka there were vineyards and a travel inn.

Nowadays the place offers a gourmet and grill-barbecue restaurant as well as the opportunity to bowl, play petanque, beach volleyball and beach soccer. There are also lots of pavilions for in-line skaters, volleyball courts, outdoor fitness equipment for the adults as well as two playgrounds for kids. The Ladronka homestead and its surroundings is simply a wonderful place to meet, do sports and have fun.