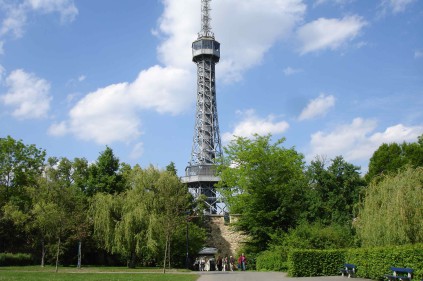 What is Petrin Tower?

Petrin Tower is a TV tower which has a strong resemblance with the Eiffel Tower and is located on Petrin Hill in Prague.  It was built in 1891 for the Jubilee Exhibition. The impetus for its construction came from the Club of Czech tourists, particularly from William Kurz and Vratislav Pasovský, who were inspired by the Eiffel Tower.

In January 1890, the project was presented in the press in an article. Protagonists of the project managed to raise the necessary funds so that an engineer František Prášil and engineer Julius Souček could develop a project of the construction. Construction work started in March 1901 with the aim to complete the construction till the start of the Jubilee Exhibition. On the 28th July 1901 the tower was approved and on 20th August 1901 officially opened to the public. 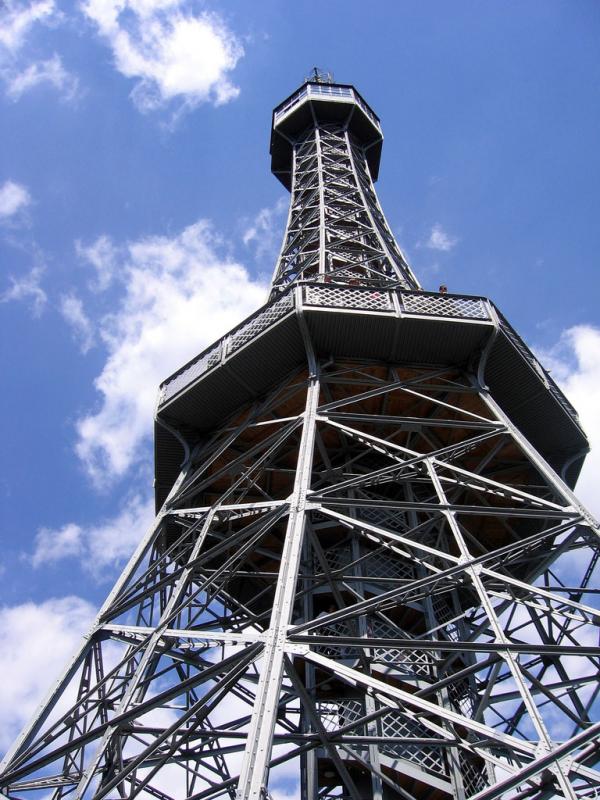 The tower is 200 feet tall, but because Petrin Hill is 1,043 feet high, the top of the tower is about the same height as the top of the real Eiffel Tower in Paris. You can reach the top by climbing 299 stairs, and once you’re up there, you will have wonderful views of the city from the viewing platform. On a clear day it is possible to see Snezka, the highest peak in the Czech Republic, which is 93 miles away.

The 11 meter deep foundations were placed and a 63.5 meter high steel structure weighing 175 tons was built. The core structure is an octagonal tube, in which an elevator is located, and around it there are two spiral staircases with 299 stairs – one for walking up and the other for walking down. The tower is 63.5 m tall and has two observation decks.

Petrin Tower in Czech Republic is definitely worth seeing. Here you will be able not only catch spectacular views but also enjoy seeing a beautiful structure.