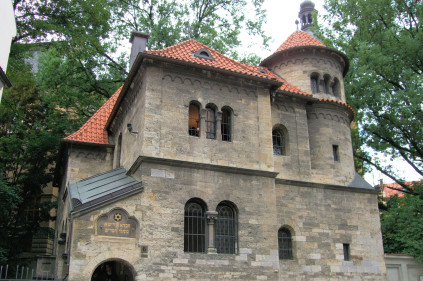 A visit to Jewish Quarter (Josefov in Czech) in Czech Republic will show you the remains of the old Jewish Quarter of Prague. Although much of it has been destroyed and built over by modern buildings, you can still get the feeling of its past and visit synagogues and cemetery as well as the Jewish Museum.

The Jewish population of Prague began to be persecuted during the Crusades and was eventually contained in a walled Třebíč Ghetto. The Jews living here were not allowed to live in the Christian parts of the city. They started to settle along the left bank of the River Jihlava and were separated from their Christian neighbors for a long time. During World War Two the local Jews were taken away to concentration camps. Due to this fact the Jewish community in Třebíč died out completely after the war.

Buildings in the area

Nowadays you can find over a hundred preserved buildings in the Jewish Quarter, 2 synagogues, a Jewish Town Hall, the Rabbi’s house as well as a poorhouse, a school and a hospital. Typical for this quarter are its narrow lanes, public passages, verandas and also one of the largest Jewish cemeteries in Europe. In the Rear Synagogue, you can view pictures on the walls and an exhibition about the history of the Jewish quarter. In the Jewish housing center, you can find out how a Jewish family lived and also discover the secret of kosher dishes.

The Jewish Quarter is one of the best preserved and the largest in Europe. Thanks to its cultural and historical importance the collection of houses in the former ghetto, together with the Jewish Cemetery and Basilica of St. Procopius, have been included in the UNESCO World Heritage Sites.