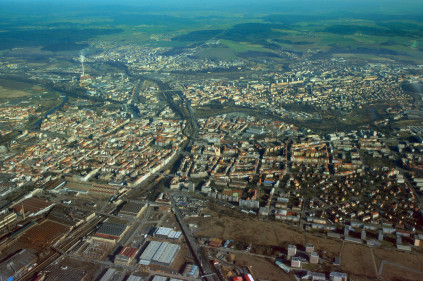 All sightseeing in region "Plzen region"

The Plzen region is the third-largest in the Czech Republic which is situated in southwest Bohemia and borders the German state of Bavaria. More than half of the region’s residents are concentrated in Plzen and its surrounding area, whereas other parts of the region are less densely populated. Plzen is the economic, administrative, cultural and social centre of the region.

Among most significant branches of industry in the Plzen region are mechanical and electrical engineering, which are well-known due to locomotives, trolley buses and machinery produced there. The food industry is also an important sector recognized around the world thanks to local beer production.

The Plzen region offers a skilled workforce. The University of West Bohemia together with the Faculty of Medicine of Prague-based Charles University is able to provide higher education in most of the region’s major cities. The University of West Bohemia is the only institution of higher education in this part of the country which prepares students for careers in electrical and mechanical engineering, applied sciences, education, economics, humanities and law.

The region offers numerous leisure activities. The city of Plzen and the region as a whole have colorful cultural traditions and a rich contemporary cultural life.

The city of Plzen is the region’s cultural and social centre. The city is well equipped with various services enabling quality leisure activities, such as cinemas, museums, galleries, theatres, exhibition halls, restaurants and pubs. The most popular sights in Plzen are the Gothic St. Bartholomew’s Cathedral, the tower of which is the tallest in the Czech Republic, the Renaissance Town Hall, and the third largest synagogue in the world.