Prague Ball in Opera to be held in British monarchy style 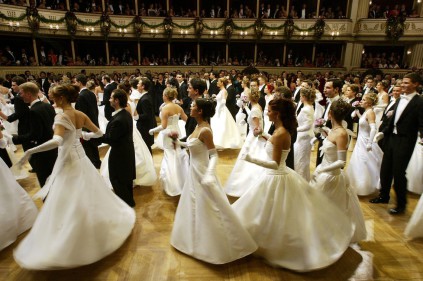 This year the ball focused on the noble atmosphere and elegance of France, with the motto – “L’ art de vivre”.

The 13th Ball in Opera will be hosted by the State Opera in Prague on February 6 and will be held in the British monarchy style.

The Opera Ball is one of the main social events of the year. It is usually held in the finest venues in Prague. It is attended by people of all ages and the music is varied as the themes: traditional or smart balls. The Ball is among the highly-anticipated events with an international character and significant charitable context.

State Opera is hosting the Ball this year. This is one of the most important European music theaters founded in 1888. From 2012 it has formed a part of the National Theater. The repertoire of the State Opera is classical dominated by the works of Verdi, Mozart, Bizet, Puccini and other famous music composers.

The next Ball in Opera will be the last for a long time because the State Opera historical building from the end of the 19th century will undergo a thorough reconstruction.

The program will focus on ladies who are the “queens” in their respective artistic branches. A total of 1000 tickets will be on sale with prices ranging from 3 500 to 120 000 crowns. The dress code like in the past years is tailcoat or tuxedo for men and long evening dress for ladies.

The ball will traditionally be connected with charity. This year, the proceeds from the charity auction reached a record 2.2 million crowns, including one million a buyer paid for the overall of former Formula 1 racer Mika Haekkinen.