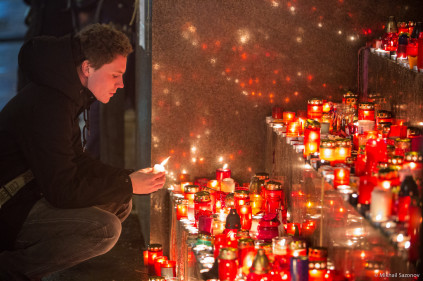 Hundreds of people took part in the march Heart to the Castle staged on the 4th anniversary of the death of former president Vaclav Havel, during which they carried a huge manually made heart to Prague Castle, where the organizers said a “heart” is now lacking. Havel used a heart as accompaniment of his signature.
The march, in which the police estimated around 600 people, including Havel´s brother, scientist Ivan Havel, took part, started in the upper part of Wenceslas Square where the participants lit candles of which they made a heart on the pavement. 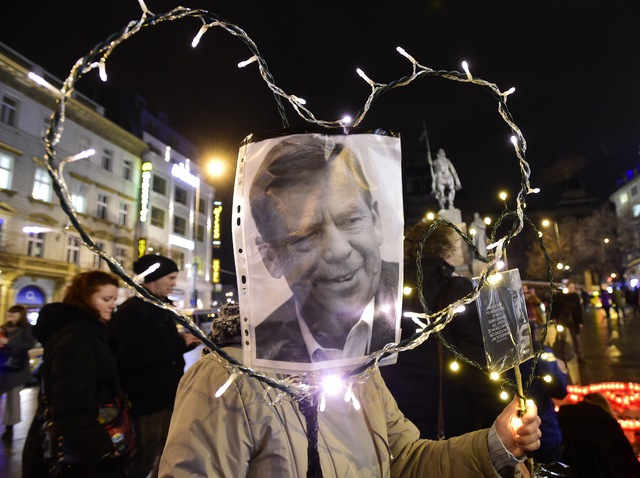 Havel (1936-2011), former dissident, was Czechoslovak president in 1989-1992 and Czech president in 1993-2003.
A number of participants in the march pulled up their trousers in remembrance of Havel´s appearance at a military parade at Prague Castle after he was elected Czechoslovak president following the fall of the communist regime in late 1989, wearing too short trousers.
People were also clinging keys like during the revolutionary days. The march participants took the huge heart, to the production of which they contributed with their money, to Prague Castle, but they did not leave it there saying the incumbent president, Milos Zeman, does not deserve it.
They said they will hand it to a future, more competent head of state.
The fourth anniversary of Havel´s death was commemorated by people across the country as well as abroad. People also lit up candles at Hradecek, east Bohemia, where Havel died in his cottage.

Comments to "Hundreds of people commemorate Havel at Prague Castle"