Traditional food in the Czech Republic 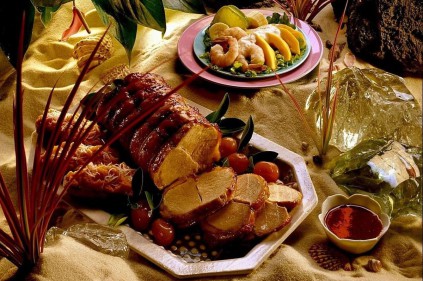 Over the centuries, Czech cuisine has been influenced by its neighboring countries.  As a result, the Austrian, Hungarian, Czech and German cuisines feature a number of common dishes.  These include, for example, goulash, Wiener schnitzel and gnocchi.

Traditional Czech cuisine is distinguished by a large variety of dishes, and an impressive array of flavors.  It also features the wide use of lean and fat-streaked pork, along with a rich choice of meals and side dishes prepared from flour.  A most prominent dish made from flour is dumplings, a unique phenomenon of Czech cuisine. 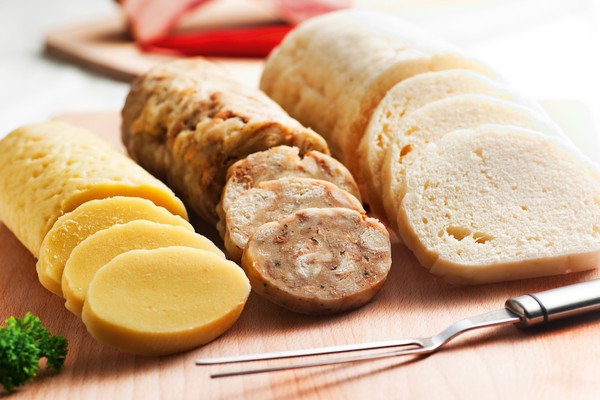 At one time, dumplings formed the basic component of Czech fare, as they were served with a variety of tasty sauces to satisfy the hunger of hard-working peasants, who only enjoyed meat during holidays.  In addition, Czech creativity has contributed to the development of a variety of dishes prepared from potatoes.  Sauces play quite the role in Czech cooking, as they form a vital part of meals, especially in combination with meat and the aforementioned dumplings.  Another characteristic feature of Czech cuisine is the widespread use of cabbage (sauerkraut). Prepared in several ways, cabbage is served warm as a side dish to a large number of meals.

The dietary habits of the Czechs do not differ largely from the inhabitants of other European countries.  The breakfast consist of coffee or tea and bread, morning rolls with butter, jam and honey, and accompanied with cold meat, sliced ham or salami, and eggs. Mid-morning snacks consist of warm or cold smoked meat, hot soup, a small warm dish, or a homemade sandwich.  Other popular items include special, open-face sandwiches.  This Czech specialty can be found in local deli shops.

Comments to "Traditional food in the Czech Republic"