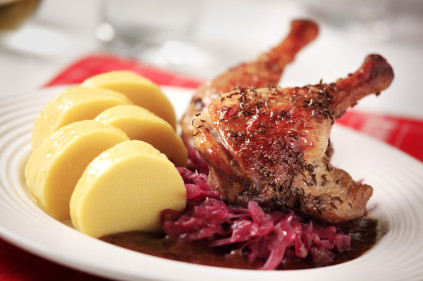 Traditional Czech food is very tasty and varied and is also famous for its high calorie content with the combination of pork, dumplings and pickled cabbage. Czech cuisine does not correspond with a healthy life style due to high calorie ingredients which is not helping the increasing rates of obesity in the country. However, the last 15 years have seen significant change in dietary habits in the Czech Republic.

Czech cooking and eating habits have been shifting towards a healthier lifestyle recently, but traditional Czech recipes are still extremely popular and those tend to be high in calories, fat and sugar. Sauces and condiments are also very popular.

The traditional meal may consist of potato soup, roast pork with dumplings and sauerkraut, the fruit filled dumplings or the apple strudel. Other typical and a favorite meal for many Czech people is the combination of beef meat, dumplings and a cream sauce. 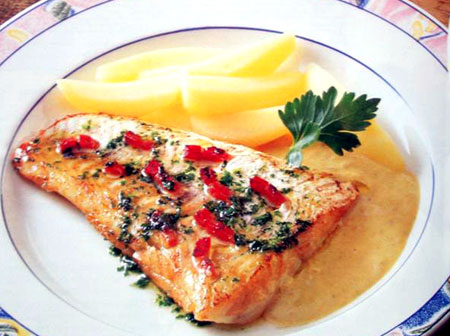 A Czech meal often starts with a soup, the most famous of which include potato soup, garlic soup, chicken-noodle soup, beef soup with liver dumplings, sauerkraut soup and dill soup.

The main course mostly consists of a meat and a side dish. The most popular meats are chicken and pork followed by beef usually served with some kind of sauce. Fish is not very common but trout and cod are sometimes served. Salmon and seafood are served only in better restaurants and carp is traditionally served on Christmas Eve.

Side dishes may include boiled potatoes, roasted potatoes, mashed potatoes, French fries, rice, bread dumplings or potato dumplings with sauce and potato salad. As for desserts in Czech Republic, are represented in many varieties and also can be heavy and fatty due to usage of butter and whipped cream. Some popular desserts include apple strudel, crepes filled with jam or fruit such as strawberries or blueberries, honey cake called “Medovik”, fruit filled dumplings and ice cream.