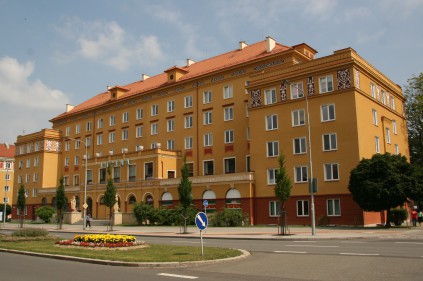 All sightseeing in city "Havirov"

Havirov is located in the Moravian-Silesian region of the Czech Republic. It is the second largest city in the region with a population of about 77 440 inhabitants. Havirov lies along the Lucina River which is a tributary of the Ostravice River in the historical region of Cieszyn Silesia.

This is the youngest city of the Czech Republic which was founded in 1955 after World War II as a coal mining town. Havirov was built on top of several villages with Polish populations. The people were given apartments in the newly built city and almost all of their old houses were demolished in order to make room for the new buildings. Many citizens of today’s Havirov immigrated from other parts of the former Czechoslovakia as migrant workers. Nowadays the original villages are administrative part of the city and mostly located on the outskirts of Havirov.

There are lots of tourist attractions in Havirov and in the area which are worth to be visited and seen. For example, there is a Detmarovice village located on the Olza River. There is a spectacular complex of 15 ponds near the right bank of the Olza which are very peaceful and beautiful. There is also an Empire Chateau with a park which is a 15th century structure where there used to be a fort. Since 1998 the chateau has offered luxurious accommodation and an amazing restaurant. There is also a ceremonial hall on the first floor of the chateau which is used as a small concert hall.

In the heart of the Havirov there is a protected sights zone called Sorela which is worth to be visited. The area includes a set of habitation buildings limited by the forest park Stromovka on one side and meanders of the Lucina River on the opposite side.